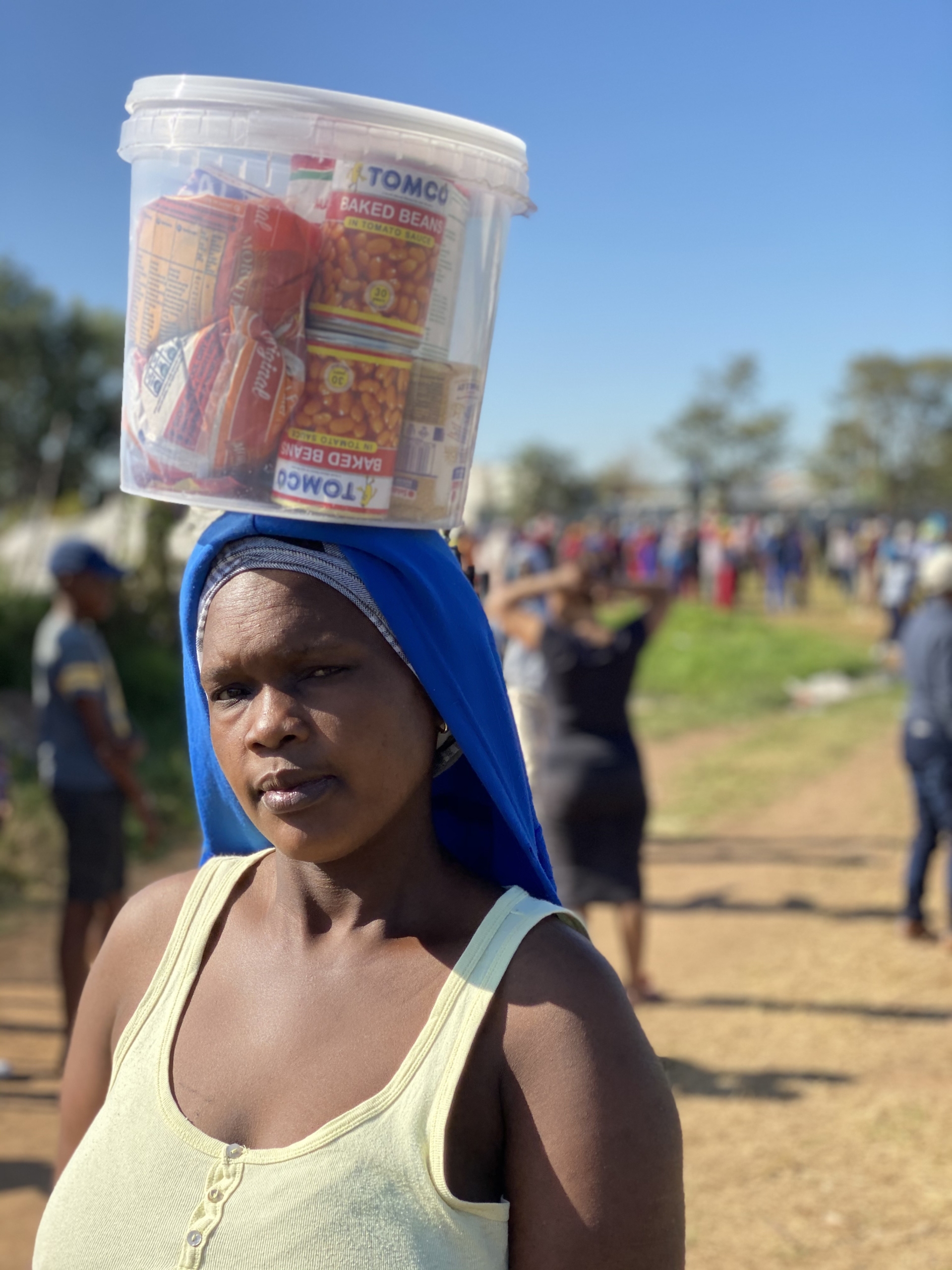 Hunger and desperation were visible on the faces of the scores of people, who queued in an open field from as early as 06am, along with their children.

The Muslim Association of South Africa (Masa) handed out food parcels to the community of Zamimpilo, in the west of Johannesburg, on Wednesday, but were unable to meet the high demand, leaving many people empty-handed.

“There is definitely a growing demand for food. More and more people are coming out for food,” said Masa chairperson Yaseen Theba.

The organisation has been running its Covid-19 relief intervention, in collaboration with Vision Tactical Response, since the start of the nationwide lockdown, servicing disadvantaged communities in the inner city.

While many residents were grateful for what they got on Wednesday, some were left wanting as the organisation had to move out to prevent a stampede.

Hunger and desperation were visible on the faces of the scores of people, who queued in an open field from as early as 06.00am, along with their children, waiting for one of the 300 food buckets on board the trucks.

Theba said the non-profit organisation (NPO) worked with community leaders, who facilitated the list of people marked for food parcels.

Residents were given coupons, which they had to produce along with their identity documents to collect the parcels from the trucks.

Residents not from South Africa and without identification were asked to queue separately; people with documentation were prioritised.

Panic started setting in when residents noticed the buckets were running out.

“There is a growing demand for food. We expected additional crowds and that’s why we provided additionally, but it comes to a point where we have to close and move out of an area to avoid stampedes and to keep control,” Theba said.

Nomsa Kayise, who is part of the community committee, said things did not go as they had planned when they sought help from Masa.

“We asked for food parcels for our community because people here do not have any means to buy food. Most are not employed. We had registered people according to their IDs and asked those who are not from South Africa and without IDs to queue in a separate line,” Kayise said.

She said, although they had a plan regarding the coupons, some people not registered with the committee also received one.

The system could also not trace repeat collectors.

“Many people were left disappointed when the trucks had to leave because people were starting to push in and the system of coupons was no longer working,” Kayise added.

Foreign nationals, who were asked to queue separately, were not pleased with the treatment, saying it was unfair because they also lived in the informal settlement.

Kayise said South Africans were prioritised because those without identification were already receiving food from a local church in the area.

Theba said although their intervention did not discriminate against any race, religion and culture, the decision on the recipients of the parcels were left to the committees.

He added that, before donating to a community, they also engaged with foreign leaders.

“We listen to the concerns. We saw that foreigners were in separate lines; we realised the need for food is for everyone. We will assess it,” Theba said.

Nopinki Matwa, who has lived in the area since 2015, said she arrived as early as 06.00am, but was disappointed as she didn’t receive anything.

“I was here so early. The coupon system did not work well because you would find people who were at the back of the queue receiving, while you, in the front, didn’t, resulting in those at the back overtaking you. We had to register our names, but ended up getting no tickets,” Matwa said.

But those who were lucky enough to receive were delighted.

Novusumzi Myekwa said: “This parcel will go a long way because my family is starving. We are really struggling now that there is this lockdown. We don’t even know if we will still have our jobs when things go back to normal.”