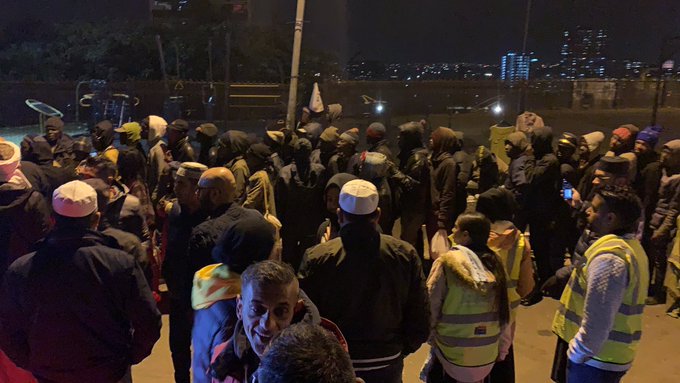 The Association is an independent Muslim humanitarian non-profit organisation with its firm focus on religious values, educational elevation, social welfare and a charitable culture.

The Muslim Association of South Africa (MASA) together with community members and individuals from Houghton’s West Street Mosque are conducting #WinterWarmth Operations in poverty stricken and underprivileged areas in the north of Johannesburg.

The Houghton community saw the immediate need for assistance required in Hillbrow and implemented plans within a few days as winter temperatures plummeted to below freezing.

MASA’s first distribution took place in Hillbrow on the 21st of July 2019 with individuals from Houghton Mosque and the Al Imdaad foundation working together to hand over blankets and beanies to the destitute and homeless.

“We would like to thank the community of Houghton West Street Masjid and other areas that have come together to make a difference to the people on the street, it’s not all doom and gloom, there’s a lot of hope still left within our communities and societies that they can still spend their time and resources in the bitterly cold conditions.”

On Wednesday evening (25th of July), around fifty individuals from West Street Mosque distributed hot soup and bread to hundreds of people in Hillbrow and the response received was phenomenal.

Director Yaseen Theba says plans are in place to ensure the initiative becomes a long term one.

“This is our way of giving back to those who need it most and as our former and late President Nelson Mandela aptly put it, “Poverty is not an accident. Like slavery & apartheid, it is man-made & can be removed by the actions of human beings.”

Theba adds that the objective is to provide a platform for the community to make meaningful contributions towards social change.

Cash contributions could be made into the following account: